At an altitude of 1525 meters on the Western Ghats, Coorg is often called the Scotland of India. Talacauvery, Abbey Falls, and Dubare are some of the best places to visit as part of Coorg Tour Packages. According to Puranas, Kodava is the redefined name of Krodhadesa meaning Land of Anger, said to have been inhabited by the Kodava tribe. Some historians believe that it is named after the River Cauvery. Coorg was under the Gangas rule during the 9th and 10th centuries and Cholas in the 11th century followed by Hoysalas. Later Coorg was relatively independent under Haleri Rajas until the British occupied the region in 1834. Coorg was a separate state before its merger with Karnataka in the year 1956. Coorg is the largest producer of Coffee in India. Also, it is one of the places with the highest rainfall in India. The Kodagu district comprises different communities like Kodava, Tulu, Gowda, and Moplah out of which the largest is the Kodava community, both economically and politically. The economy depends on agriculture, coffee plantations, forestry, and tourism. Coorg is one of the best hill stations near Bangalore.
Misty hills, lush forest, tea and coffee plantation, orange groves, undulating streets, and breathtaking views have made Coorg an unforgettable holiday destination. Raja’s Seat, Abbey Falls, Iruppu Falls, Omkareshwara Temple, Bylakuppe, Talacauvery, and Dubare are the major places to visit in Coorg.

Mysore is the erstwhile capital of the Mysore Maharajas, who ruled the Mysore State between 1399 & 1947. Mysore is also the stopover for Coorg Tour Packages. Mysore still retains its old-world charm with its palaces, heritage buildings, traditions, and temples. At an altitude of 763 meters surrounded by hill ranges from north to south, it is known as the City of Palaces. Mysore Palace is among the must include places in your Mysore Tour Packages. According to this story in the mythological Devi Purana, Mysore was ruled by the demon-king Mahishasura. He was called Mahishasura because he was a buffalo-headed monster. Hearing the prayers of Gods and Goddess to save them from the monster, Goddess Parvathi took birth as Chamundeswari and killed the monster. Hence, this place came to be known as Mahishuru, later became Maisuru & Mysore.

The Mysore Kingdom, ruled by the Wodeyar family was initially served as a vassal state of the Vijayanagara Empire. After the decline of the Vijayanagara Empire, Mysore became independent and the region was ruled by Srirangapatna. The power of Mysore moved into the hands of Hyder Ali and Tipu Sultan between 1761 and 1799. After the death of Tipu Sultan in the Fourth Anglo-Mysore war, the power was handed over back to the Wodeyar family.

Chikmagalur or Chikkamagaluru is a scenic hill town situated at the foothills of the Mulliyangiri range with an altitude of 3,400 feet. It is one of the best hill stations in Karnataka and is also among the most famous tourist places near Bangalore. Chikkamagaluru is also famous for coffee and is known as the Coffee Land of Karnataka. It is the place where coffee was cultivated for the first time in India. The climate of Chikmagalur is pleasant all year round but the best time to visit the place is from the months of September till March. Explore our Chikmagalur Travel Guide for complete details on the mighty hill station.

Hampi is a renowned UNESCO World Heritage Site situated on the banks of the Tungabhadra River in northern Karnataka. Situated about 340 km from Bangalore & 377 km from Hyderabad, Hampi is one of the best heritage sites in India. Hampi is an extremely significant place in terms of history and architecture as it stands within the ruins of the city of Vijayanagara, the former capital of the Vijayanagara Empire. It is an open museum of architecture, religion, and history dotted with innumerable gems that were hewed from stones. Virupaksha Temple, Vittala Temple, and Hampi Bazaar are places to visit in Karnataka. Nicknamed as the Garden City of India, Bangalore, the capital city of Karnataka, is the 5th largest city in India, and among the top places to visit in Karnataka. It is one of the fastest-growing industrial and commercial centers in India. It is often referred to as the Silicon Valley of India due to the large number of software companies established in the city. Bangalore is one of the ideal places for those planning to visit south India with many attractions in the form of heritage palaces, gardens, museums, temples, etc. Lalbagh Garden, Cubbon Park, Tipu Sultan’s Palace, Bangalore Palace, Bannerghatta National Park, and Vishveswaraiah Museum are some attractions in Banglore.

Murudeshwar is one of the most famous places to visit in Karnataka and among the popular places of Pilgrimage in India. It is about 162 km from Mangalore & 497 km from Bangalore. Murudeshwar is the abode of Lord Shiva. The temple town is famous for the world’s second-tallest Shiva statue (123 ft) & tallest temple tower (249 feet). The sea on three sides surrounds the Murudeshwar Temple towering on the small hill called Kanduka Giri. This is a great place to watch the sunset. Murdeshwar Beach, Kollur Temple are popular sites to visit as part of Murudeshwar tour packages. Gokarna, Karwar, Kollur, Udupi, Jog Falls, Sirsi & Sringeri are the nearby attractions. 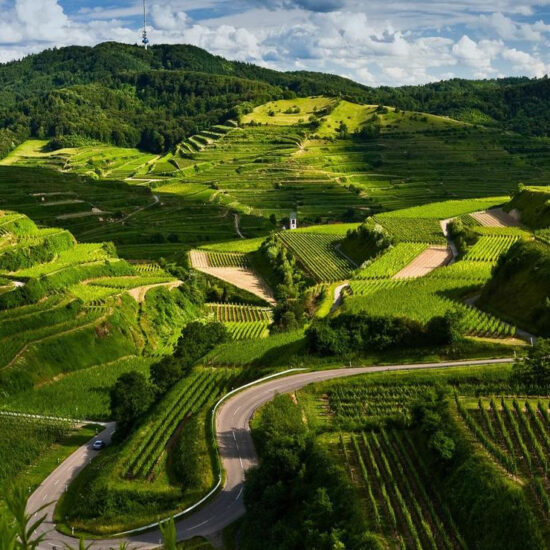 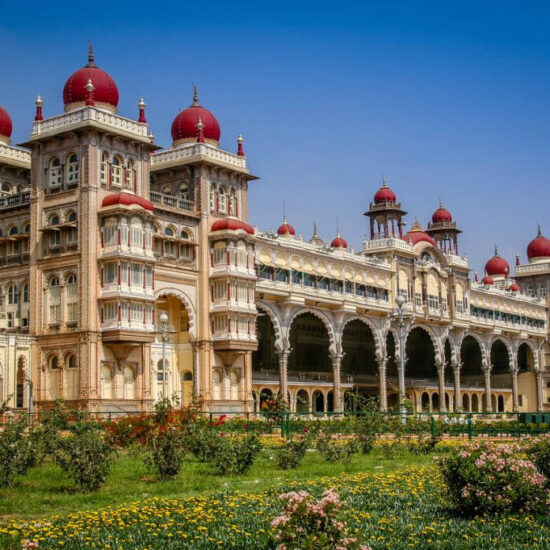 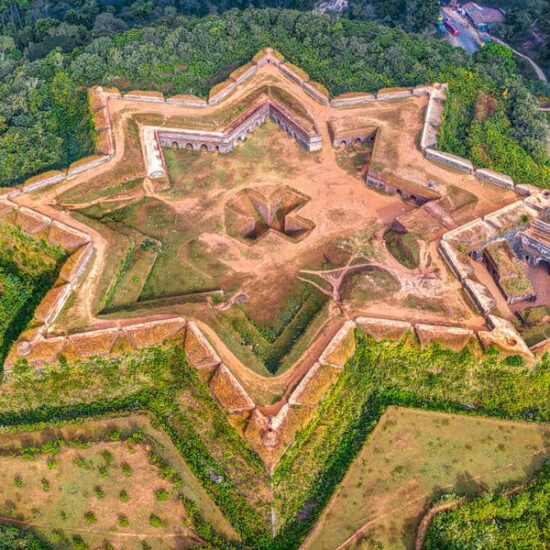 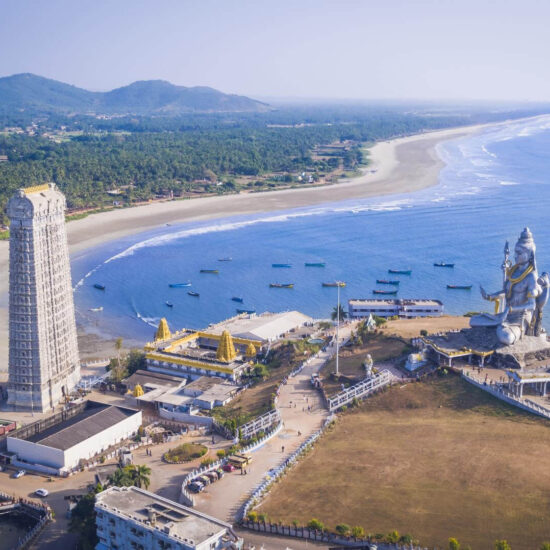 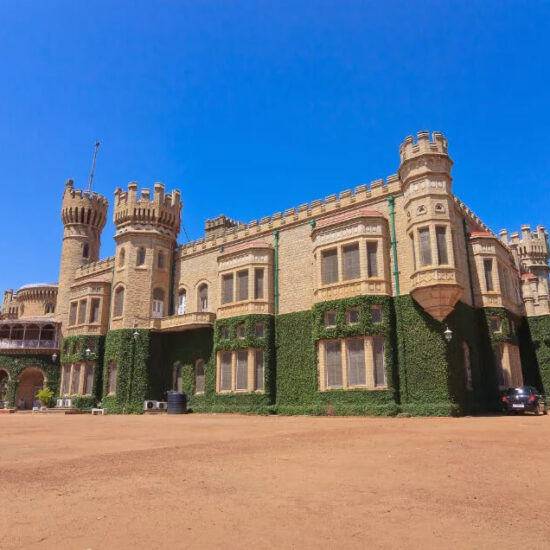 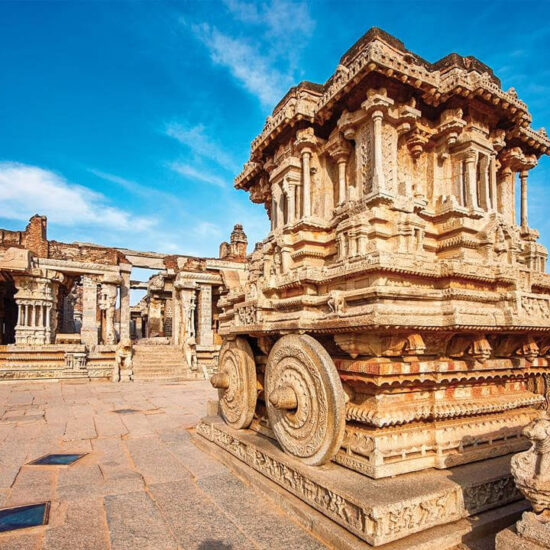 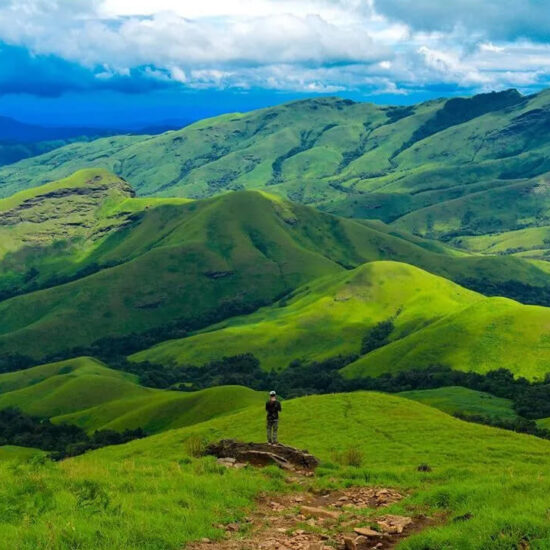