North East India is an unmatched paradise on the planet. Indian tourism takes pride in introducing the 7 sister states of India as an authentic treasure where you earn an experience that is not even an inch closer to what it’s like while traversing the mainland. The family of 7 sister gems consists of states like Meghalaya, Assam, Manipur, Arunachal Pradesh, Mizoram, Nagaland, and Tripura.

North East India covers approximately 2.6 lac square kilometers of the earth’s surface. This unexplored heaven on the Earth is officially counted as one of the world’s biodiversity hotspots. To spend your vacation in the lap of Mother Nature and a vibe of tribal culture, North East is only space rich in hilly towns adorned with fascinating essence of culture and bounty, yet to be unraveled by a major share of the population. A Northeast India tour comprises adventure, leisure at hill stations, towns, festivals, fairs, trekking, wildlife-seeing, and village tours. Let’s explore the exotic treasure of India:

If you wanna experience the true beauty of the North East, Arunachal Pradesh is a must-visit. You will pass through mountains, rivers, snowfalls, rains, and much more. If you are a bike riding enthusiast, then it’s a treat for you. Bhalukpong to Tawang is the litmus test for every biker.

A stunning contrast of nature’s color palette, where dense emerald jungles give way to stark icy peaks and snow-blanketed passes, the quaint town of Tawang, in Arunachal Pradesh, is a pristine and unspoiled tourist destination. Flanked by majestic snow-capped mountain ranges on the east and dotted with picturesque Buddhist monasteries, Tawang takes you on an adventure, which starts with reaching the town through zigzagging and winding mountain passes, including Sela, one of the highest motorable roads in the world. This is a river island surrounded by the Brahmaputra river. Evening time boat riding to this place is once in a lifetime experience. You will enjoy this ride if you are a nature lover. Majuli is a picturesque, lush green, and pollution-free river island in the mighty River Brahmaputra. It is the world’s largest river island and it attracts tourists from all over the world. Majuli is also a strong contender for a place in UNESCO’s World Heritage Sites. Mostly inhabited by Tribals, the culture of Majuli is unique. It is also called the cultural capital of Assam. The festivals celebrated here are all full of joy and vibrance with a lot of music and dance. The main festival in the town of Majuli is called Raas and seeing it is a fascinating experience. Laitlum Canyons is situated at only 45 minutes drive from the focal point of Meghalaya’s capital Shillong, this colorful site is moderately less swarmed and fewer commercial activities are undertaken here, therefore offering a tranquil, separated spot for some calm, serene minutes. The climb to the spot is a long, rough, however verdure trail, which draws in trekkers, travelers, and nature darlings alike. The encompassing haze, the freshness of the fog, the quiet and hesitant encompassing alongside an energetic range of tones that make themselves prominent amid dawn and nightfall, makes the spot stunningly dreamlike. This place is 8 km away from Smit and 24 km from Shillong. Laitlum Canyon is a pleasant mountain edge arranged close to Smit in Meghalaya. Roosted atop the East Khasi Hills of Shillong, it is one of the top spots of trekking in Meghalaya and among the best places to visit in Shillong. This peak is best suited for trekking, an awesome spot shrouded in enchanted fog and haze. The viewpoint is a standout amongst the most famous and looked-for-after attractions for experience and lovers of Nature. It appeals to a large number of individuals from all corners of the world. The flawless perspective on green slopes, bamboo plants, foggy mists, and the orchids, all from one point may abandon you awestruck.

The Buddha Park of Ravangla, also known as Tathagata Tsal, is situated near Ravangla in South Sikkim district, Sikkim, India. Gently seated in a small tourist town in the southern part of Sikkim, Buddha Park is a must-visit place by every traveler. This famous attraction serves as an important landmark to the Buddhist community; it was constructed on account of the 2550th birth anniversary of Lord Gautama Buddha in 2006. And to erect the 130 – foot high statue Ravangla was chosen. This divine comeliness fenced in by a lush eco garden also helps promote pilgrimage tourism in Sikkim. Buddha Park is almost entirely covered by tinkers and both international and domestic tourists admiring the scenic charm of the memorial and its surrounding beauty. The Dzükou Valley is a valley located at the border of the states of Nagaland and Manipur. This valley is well known for its natural environment, seasonal flowers, and flora, and fauna.

Dzükou’ means ‘cold water’ in Angami, the language of one of the 16 main Naga tribes, referring to the cold water running through the serpentine streams in the valley. Also popularly known as the ‘Valley of Flowers’, from July to September, Dzükou transforms into a spectacle with lilies and rhododendrons blooming in every corner. The rare Dzükou lily is found here. Standing tall at 2438 m above sea level, at the border of Manipur and Nagaland, and right behind the Japfu Peak (3048 m), Dzükou Valley has also been the subject of a long ongoing territorial dispute between the North East Indian states of Manipur and Nagaland. It’s heartbreaking to see that a place this beautiful has been through such turmoil and continues to do so.

Zuluk is a hilltop and a transit point within the Silk Route. The road through Zuluk makes almost 32 hairpin turns to reach Lungthung, which makes it a unique engineering feat. Situated at a stature of around 10,100 feet on the tough territory of the lower Himalayas in East Sikkim, Zuluk or Dzuluk is a little town next to a winding street. It was previously a travel point to the memorable Silk Route from Tibet to India. It is one of the off-beat destinations in East Sikkim. This little town obliges a populace of around 700 individuals. There is likewise an Indian Army base at Zuluk, which has been utilized as a travel camp for the armed force development to the Chinese fringe, a couple of kilometers away.

Zuluk determines its tourism significance because of the great views of the eastern Himalayan Mountain including the Kanchenjunga. 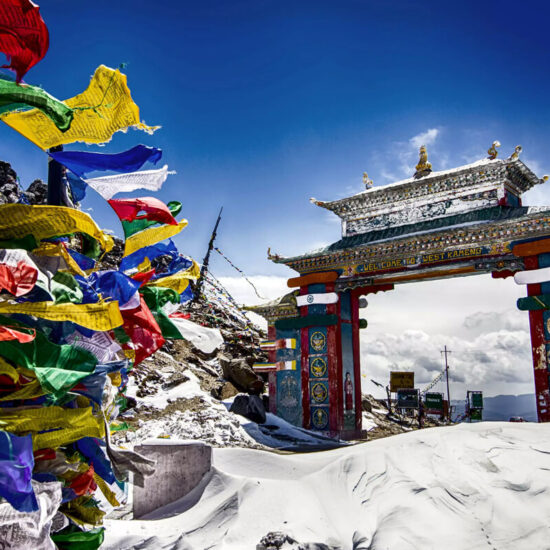 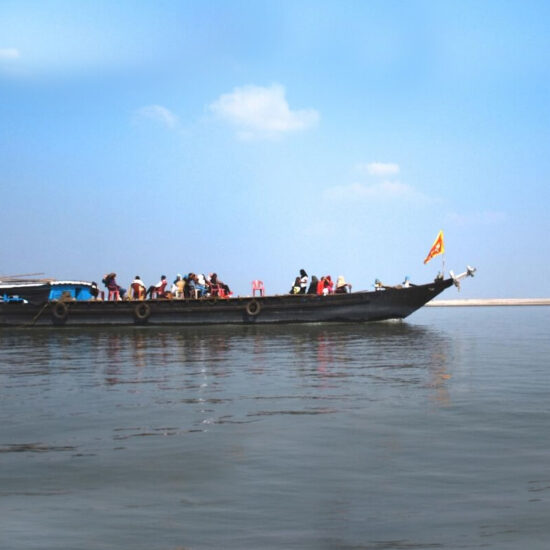 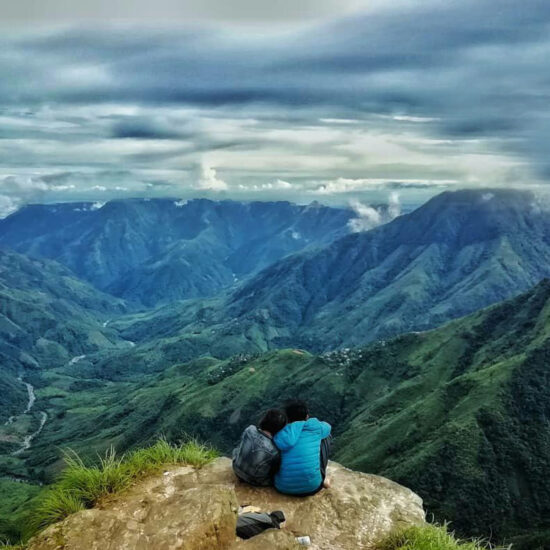 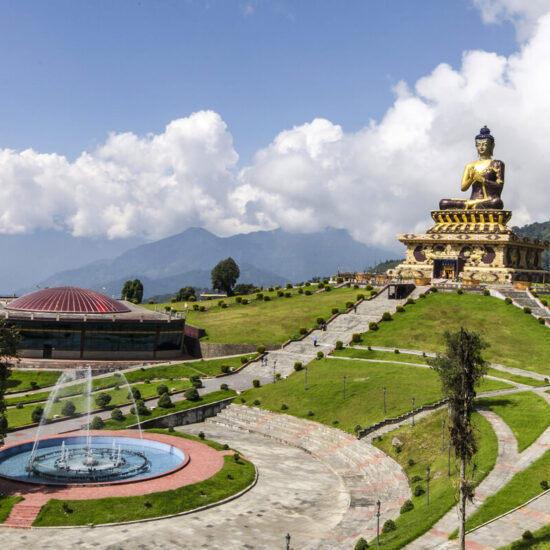 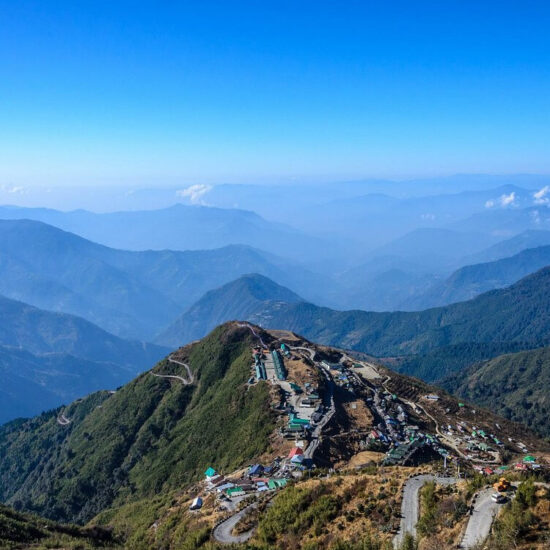