Enjoy a vacation to remember and cherish some amazing experiences while touring the most gorgeous places to visit in Tamil Nadu. With many serene beaches, beautiful temples are known for Dravidian architecture, bustling shopping bazaars, and adventurous wildlife places, these places offer a splendid mix to help you make a superb travel itinerary.

Looking forward to visiting the most stunning places to see in Tamil Nadu? Well, then you are in for a great time. From the thriving cosmopolitan vibes of Chennai to the emerald tea plantations of Ooty and the French-style houses of Pondicherry to the scenic beauty of Kodaikanal, these places will leave you overwhelmed. There is an awesome experience in-store, whether you are going for leisure, backpacking, or looking for an adventure.

Here are the top places to visit in Tamilnadu.

Comprising undulating hills, lush valleys and a number of beautiful lakes-with its scenic beauty Ooty always casts its charm on the discerning travellers. Often referred to as the ‘Queen of Hills’, the hill station is one of the most popular places to visit not only in South India but also in the rest of the country. The hill station is situated at an elevation of 2240 metres above sea level and is one of the most popular tourist destinations in Tamil Nadu. There are ample sightseeing sites in Ooty that will leave travellers in awe while vacationing. Ooty’s magnificent tea plantations and red-roofed bungalows still carry echoes of the colonial past which fascinated every traveller visiting here for a holiday. The amazing natural exquisiteness with its misty green trails continues to attract thousands of nature lovers who can simply bask amidst its pristine lap. Besides visiting the sprawling tea plantations and admiring the red-roofed bungalows, there are ample things to do in Ooty that will fill you with memories of a lifetime.

Rameshwaram is one of the popular places of pilgrimage in Tamilnadu as well as in India. Situated at a distance of 562 km from Chennai, the town is home to the famous Rameshwaram Temple, among the, must include places in Tamilnadu Tour Packages.

Dedicated to Lord Shiva, Rameshwaram Temple is one of the Jyotirlinga temples in India and is one of the top attractions you must visit as part of Rameshwaram tour packages. It is significant for Hindus as a pilgrimage to Banaras is incomplete without a Pilgrimage to Rameswaram. This is also the place where Rama worshipped Lord Shiva to cleanse away the sin of killing Ravana. Rameswaram along with Dwarka, Puri and Badrinath form the four Char Dhams. Sri Ramanathaswamy Temple, Agnitheertham, Gandamadana Parvatham, Dhanushkodi, Kothandaraswamy Temple and Erwadi are some of the most visited attractions of Rameshwaram. Sri Ramanatha Swamy Temple is renowned for its magnificent corridors and massive sculptured pillars. The third corridor of the Ramanathaswamy temple is the longest one in the world.

situated on the banks of the Cauvery River, Tiruchirappalli or Trichy is the 4th largest city in Tamilnadu and among the must include places in Tamilnadu tour packages. It is located about 133 km from Madurai and 334 km from Chennai.

Tiruchirappalli is home to numerous historical monuments and temples that attract tourists and pilgrims from all parts of the country throughout the year. The city played a critical role in the Carnatic Wars (1746-1763) between the British and the French East India companies. Ranganathaswamy Temple at Srirangam, one of the most famous pilgrimage centres in South India is situated near Trichy. Located at the southernmost tip of the Indian Peninsula, Kanyakumari is one of the famous pilgrimage places to visit as part of the Tamilnadu tour. It is about 242 km from Madurai and 707 km from Chennai.

A place of great natural beauty, Kanyakumari is one of the popular Tamilnadu Tourist Places. Swami Vivekananda is said to have been lived here for a while and meditated. Situated at the confluence of the Bay of Bengal, the Arabian Sea, and the Indian Ocean, this is the only place in India where one can enjoy the unique spectacle of Sunset and Moonrise simultaneously on full moon days. One of the main attractions in Kanyakumari is the Kumari Amman Temple.

Chidambaram is a pilgrimage town in Tamil Nadu. Well known for Nataraja Temple, Chidambaram temple is one of the most celebrated shrines in South India and also one of the famous Tamilnadu places to visit. It is about 66 km from Pondicherry, and 217 km from Chennai. Also known as Thillai, the town is known for the Thillai Nataraja Temple which is dedicated to Lord Shiva. Built during the 11th century, Chidambaram Nataraja Temple has a great religious as well as historic and cultural significance.

Mahabalipuram, also called Mamallapuram is one of the must-visit weekend getaways from Chennai for one day trip. About 57 km from Chennai, it is one of the UNESCO heritage sites in Tamil Nadu and one of the best places to experience Tamilnadu Tourism. Famous for its Shore Temple built in the 7th century, Mahabalipuram was the second capital of the Pallava kings of Kanchipuram. It is known for its historical monuments, sculptures, scenic beauty, culture and tradition.

The famous Arjuna’s Penance, the Krishna Mandapa, Thirukadalmallai temple, Cholamadal Artist’s Village, Mahabalipuram Beach, Tiger Cave and Crocodile Bank are the must include places in Mahabalipuram.

Often referred to as the ‘Niagara of India’, Hogenakkal is one of the wonderful places to visit near Bangalore & Chennai. When the River Kaveri enters the Tamil Nadu border after winding its way through the state of Karnataka, it descends down the lofty landscape forming the Hogenakkal Waterfalls.

The Carbonatite rocks found near the waterfall are one of the oldest in the world. The falls has about 14 channels with drops varying between 15 & 65 ft.

Situated on the banks of the River Vaigai, Madurai is the third-largest city in Tamilnadu and one of the most famous places of pilgrimage in India. The city is situated about 209 km from Coimbatore and 464 km from Chennai.

Also referred to as Athens of the East, Madhurai is the oldest continually inhabited city in the Indian peninsula, with a history dating back to the Sangam period of the pre-Christian era. Madurai was the seat of power of the Pandyan Empire. Often considered the cultural capital of Tamilnadu, Madurai is one of the top places to visit in Tamilnadu. The city is very well known for Madurai Meenakshi Temple, among the most visited temple in Madurai. 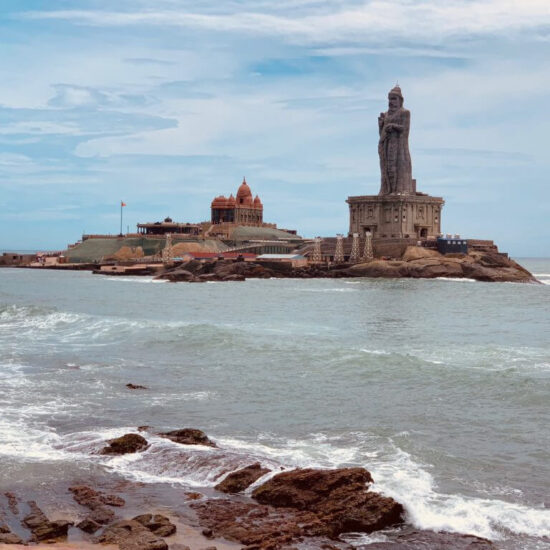 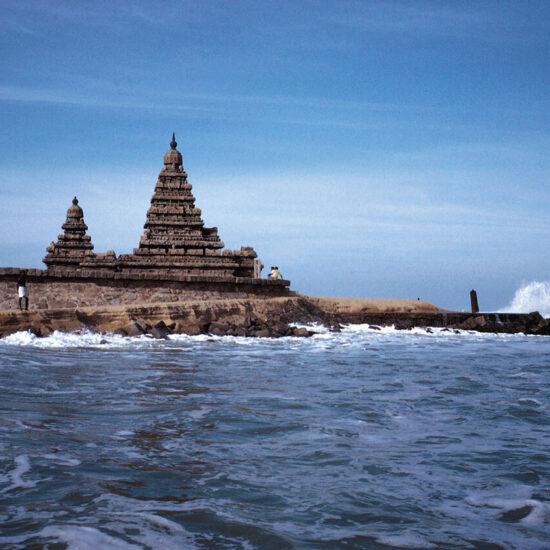 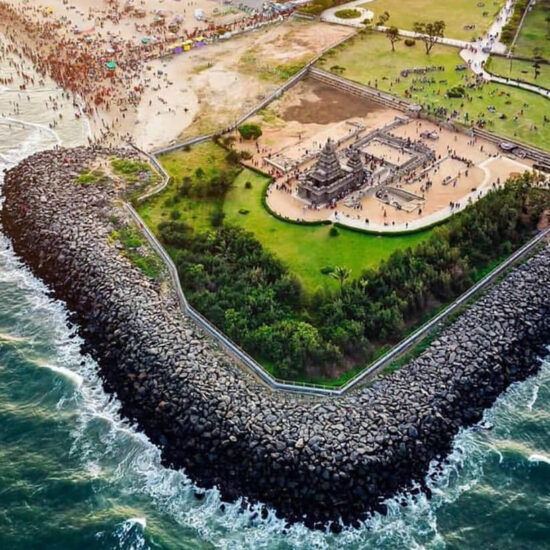 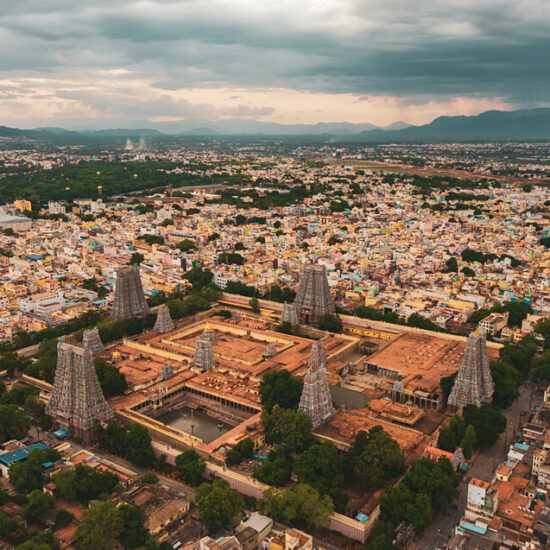 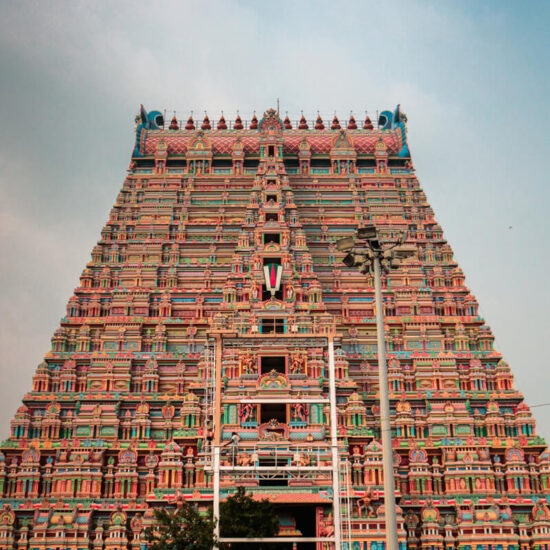 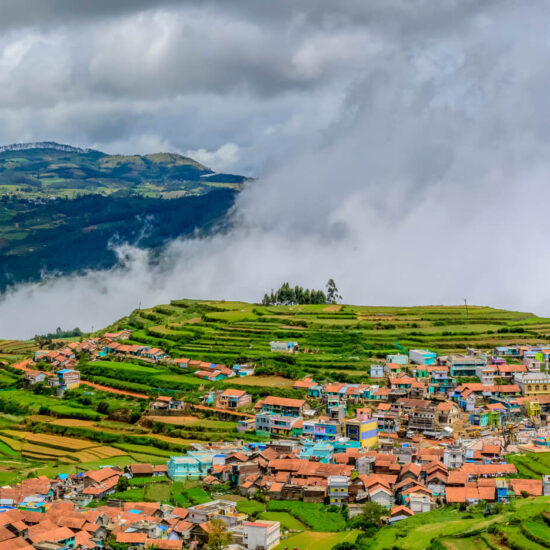 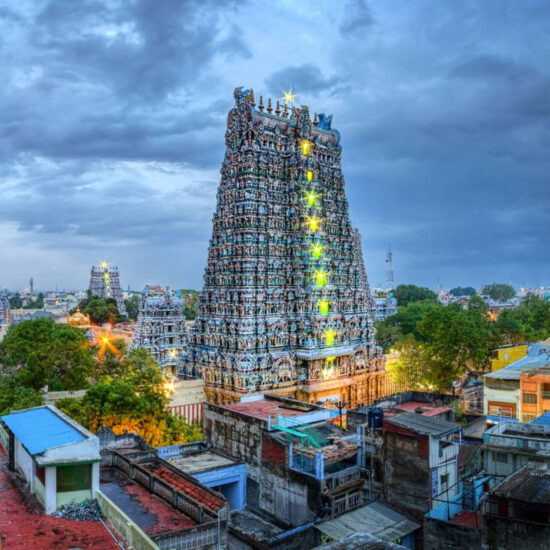